A Taste of Burns

Established in 1610, The Globe, Dumfries, is one of Scotland’s oldest hostelries. It will forever be associated with the poet, Robert Burns. In 1787, Burns had moved his family from Ayrshire to Ellisland (located between Dumfries and Auldgirth, in upper Nithsdale) but Ellisland proved difficult to farm. Burns became an exciseman in the Summer of 1788 to supplement his meagre farming income. In spite of his fame, Burns was not a wealthy man. He was appointed as an Excise Officer for the town of Dumfries in the following September. It was during this time that Burns began to frequent The Globe Inn, sometimes lodging overnight. In 1791, he gave up farming altogether and moved into Dumfries, whereon he frequented The Globe until his death in 1796, aged just 37 years. 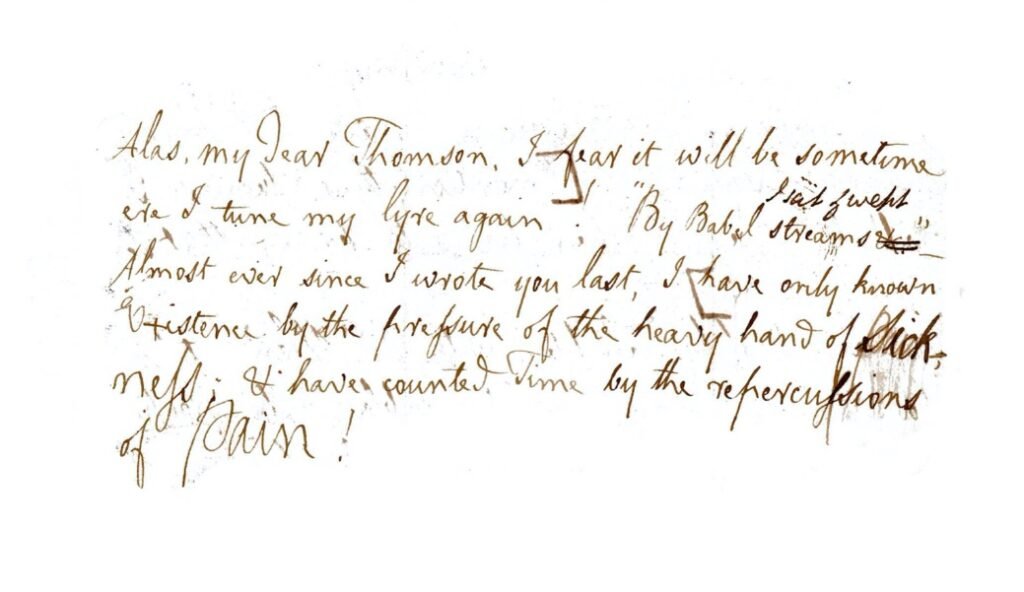 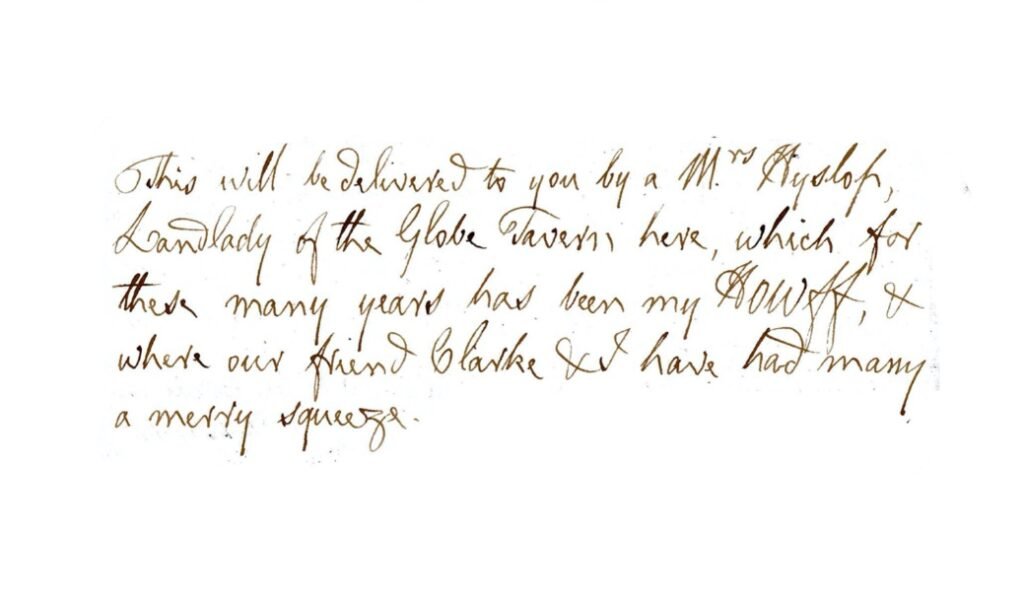 Robert Burns’ association with The Globe Inn is immortalised in a poignant letter he wrote in April 1796 to one of his publishers, George Thomson, just three months before he died.
Burns wrote that (his letter)…

“will be delivered to you by Mrs. Hyslop, a landlady of the Globe Tavern here which for these many years has been my Howff (haunt) and where our friend Clarke and I have had many a merry squeeze”.

It was thus that The Globe Inn became known as ‘Burns’ Howff’ and the Burnsians who regularly meet there to this day, are known collectively as ‘The Howff Club’. 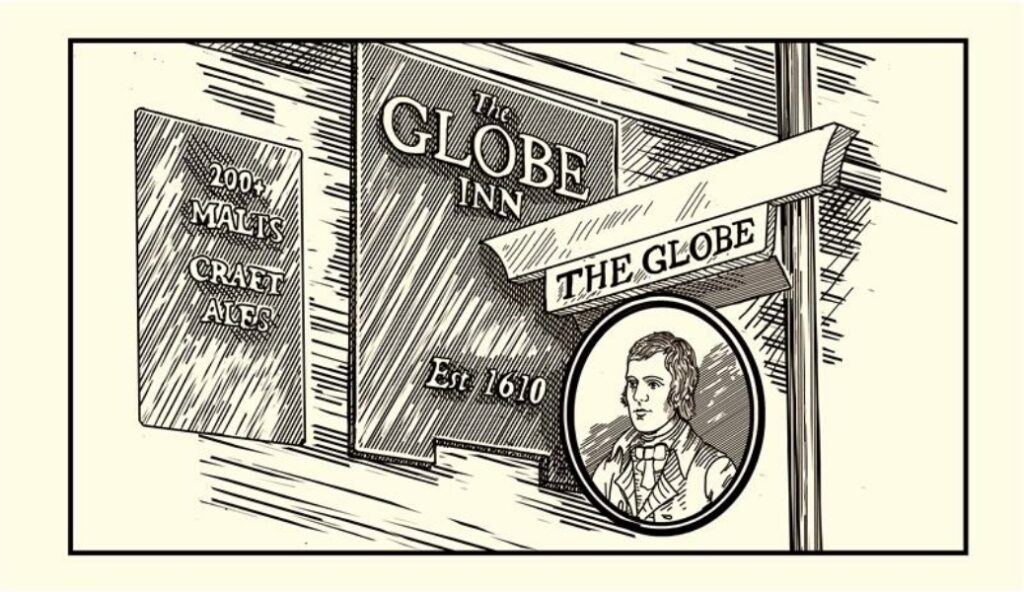 In August 1795, in a letter to James Johnson, Burns requested that the printer and publisher should…

“produce a job which I beg will finish pretty soon. It is a bill, as you will see, for a tavern. The tavern keeper Hyslop is a good honest fellow and as I lie under particular obligations to him, I request that you may do it for him on the most reasonable terms. The tavern is at the sign of the Globe …”. 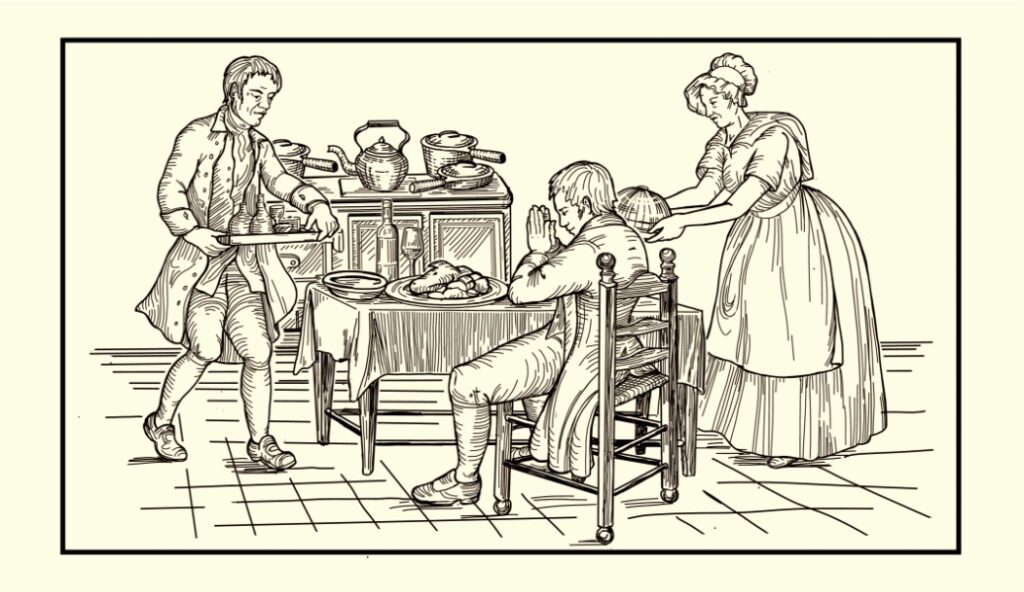 William Hyslop and his wife Janet Park Hyslop were immortalised in a grace which Burns was said to have composed on behalf of his dining companions, giving thanks to the Hyslops who had given up their own dinner, a sheep’s heid (head)…

‘0 Lord since we have feasted thus,
Which we so little merit,
Let Meg now take away the flesh,
And Jock bring in the spirit.’ 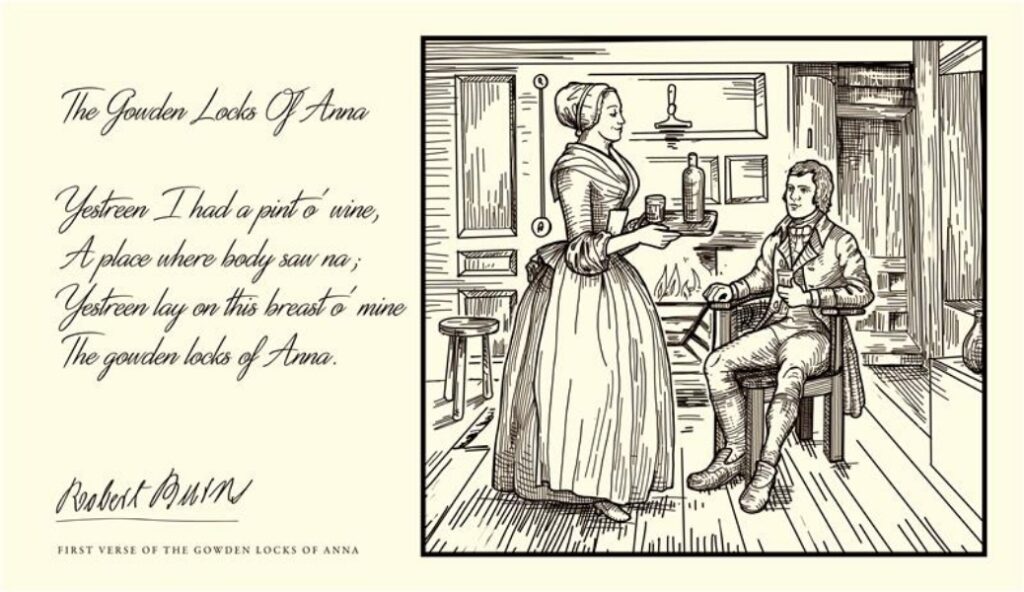 The Gowden Locks of Anna

The Hyslops employed their niece, Anna Park, with whom Burns had a passionate love affair. Some of their more intimate exchanges doubtless took place in Burns’ Bedchamber; one of the three Burns rooms lovingly preserved by successive owners of the Globe Inn. His liaison with Anna produced an illegitimate daughter (Betty). She was brought up by Burns’ ever-forgiving wife, Jean Armour, as Anna Park died soon after Betty was born. What a marvellous tribute to Jean’s loving forbearance! 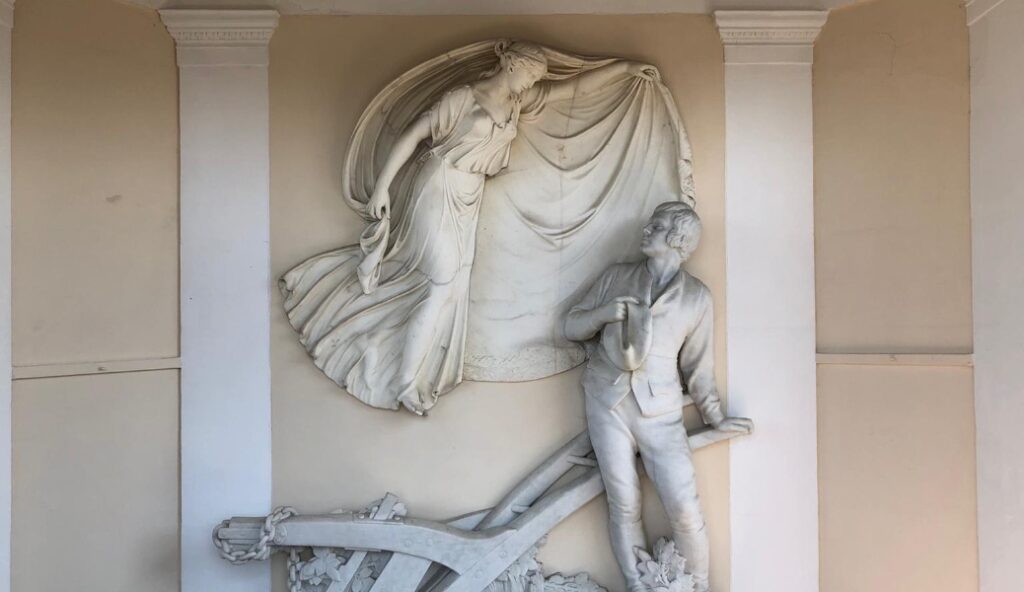 It was during Mrs. Hyslop’s tenure that the Mausoleum Committee first met at The Globe Inn on January 25th, 1819 (Burns’ 60th birthday). At this historic gathering, it was decided that a celebration should be held annually on the poet’s birthday, possibly making this meeting the first ever Burns Supper. The meeting also led to the formation of the Dumfries Burns Club in 1820.