CELEBRATING THE MAN, HIS LIFE AND HIS POETRY
Raising a glass to Robert Burns

A LEGACY THAT LIVES ON

The Burns Howff Club of Dumfries is an esteemed group of local Burnsians who meet at the Globe Inn to toast the man and his poetry, in the very same tavern that Robert Burns affectionately described as ‘my Howff’. 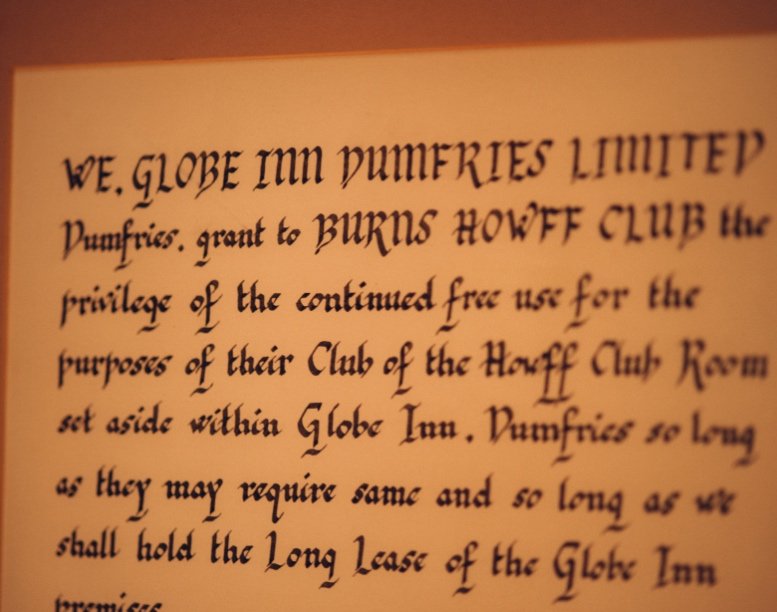 Celebrated the world over

BURNS SUPPER AT THE HOWFF

The Burns Howff Club first gathered in The Globe Inn, Dumfries, to pay tribute to the man who did so much for Scotland’s historical and literary heritage, in 1889. Despite the passing years, the club still meets every 25th January to celebrate the anniversary of Robert Burns’ birth (in 1759) with a ‘Burns Supper’. It takes its name from a reference by Robert Burns to The Globe Inn as being ‘my Howff’ (an old Scottish term for meeting place). You’ll find The Howff Club’s meeting rooms tucked away within the hallowed walls of The Globe Inn.